A Biography of James Hudson Taylor 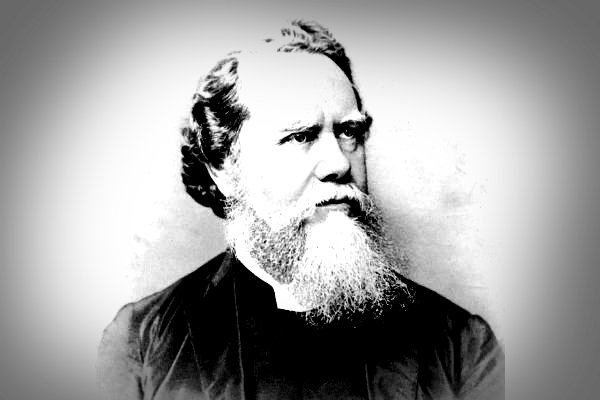 James Hudson Taylor was a British Protestant Christian missionary to China and founder of the China Inland Mission (CIM, now OMF International). Taylor spent 51 years in China. The society that he began was responsible for bringing over 800 missionaries to the country who began 125 schools[1] and directly resulted in 18,000 Christian conversions, as well as the establishment of more than 300 stations of work with more than 500 local helpers in all eighteen provinces.[2]

Taylor was known for his sensitivity to Chinese culture and zeal for evangelism. He adopted wearing native Chinese clothing even though this was rare among missionaries of that time. Under his leadership, the CIM was singularly non-denominational in practice and accepted members from all Protestant groups, including individuals from the working class, and single women as well as multinational recruits. Primarily because of the CIM's campaign against the opium trade, Taylor has been referred to as one of the most significant Europeans to visit China in the 19th century.[3] Historian Ruth Tucker summarizes the theme of his life:

No other missionary in the nineteenth centuries since the Apostle Paul has had a wider vision and has carried out a more systematized plan of evangelizing a broad geographical area than Hudson Taylor.[4]

Taylor was able to preach in several varieties of Chinese, including Mandarin, Chaozhou, and the Wu dialects of Shanghai and Ningbo. The last of these he knew well enough to help prepare a colloquial edition of the New Testament written in it.[5]

Taylor was born on 21 May 1832 the son of a chemist and Methodist lay preacher James Taylor and his wife, Amelia (Hudson). As a young man he ran away from the Christian beliefs of his parents. At 17, after reading an evangelistic tract pamphlet entitled "Poor Richard," he professed faith in Christ, and in December 1849, he committed himself to going to China as a missionary.[7]

At this time he came into contact with Edward Cronin of Kensington—one of the members of the first missionary party of the Plymouth Brethren to Baghdad. It is believed that Taylor learned his faith mission principles from his contact with the Brethren. Taylor was able to borrow a copy of China: Its State and Prospects, which he quickly read. About this time, he began studying the languages of Mandarin, Greek, Hebrew, and Latin.

In 1851, he moved to a poor neighborhood in Kingston upon Hull to be a medical assistant with Robert Hardey, and began preparing himself for a life of faith and service, devoting himself to the poor and exercising faith that God would provide for his needs. He practised distributing gospel tracts and open-air preaching among the poor. He was baptized by Andrew John Jukes of the Plymouth Brethren in the Hull Brethren Assembly in 1852, and convinced his sister Amelia to also take adult baptism.[9]

In 1852 he began studying medicine at the Royal London Hospital in Whitechapel, London, as preparation for working in China. The great interest awakened in England about China through the civil war, which was then erroneously supposed to be a mass movement toward Christianity, together with the glowing but exaggerated reports made by Karl Gützlaff concerning China's accessibility, led to the founding of the Chinese Evangelisation Society, to the service of which Hudson Taylor offered himself as their first missionary.

Taylor left England on 19 September 1853 before completing his medical studies, departing from Liverpool and arriving in Shanghai, China, on 1 March 1854. The nearly disastrous voyage aboard the clipper Dumfries through an Easterly passage near Buru Island lasted about five months. In China, he was immediately faced with civil war, throwing his first year there into turmoil.

Taylor made 18 preaching tours in the vicinity of Shanghai starting in 1855, and was often poorly received by the people, even though he brought with him medical supplies and skills. He made a decision to adopt the native Chinese clothes and pigtail with shaven forehead, and was then able to gain an audience without creating a disturbance.

Previous to this, Taylor realised that wherever he went he was being referred to as a "black devil" because of the overcoat he wore. He distributed thousands of Chinese Gospel tracts and portions of Scripture in and around Shanghai. During his stay in Shanghai, he also adopted and cared for a Chinese boy named Hanban.

Scottish evangelist, William Chalmers Burns, of the English Presbyterian Mission began work in Shantou, and for a period Taylor joined him there. After leaving he later found that all of his medical supplies, being stored in Shanghai, had been destroyed by a fire. Then in October 1856, while traveling across China he was robbed of nearly everything he owned.

Relocated in Ningbo by 1857, Taylor received a letter from a supportive George Müller which led to Taylor and his co-worker John Jones deciding to resign from the problematic mission board which had sent them, and instead work independently in what came to be called the "Ningbo Mission". Four Chinese men joined them in their work: Ni Yongfa, Feng Ninggui, Wang Laijun, and Qiu Guogui.

In 1858, Taylor married Maria Jane Dyer, the orphaned daughter of the Rev. Samuel Dyer of the London Missionary Society, who had been a pioneer missionary to the Chinese in Penang, Malaysia.[10] Hudson met Maria in Ningbo where she lived and worked at a school for girls which was run by one of the first female missionaries to the Chinese, Mary Ann Aldersey.

As a married couple the Taylors took care of an adopted boy named Tianxi while living in Ningbo. They had a baby of their own that died late in 1858. Their first surviving child, Grace, was born in 1859. Shortly after she was born, the Taylors took over all of the operations at the hospital in Ningbo that had been run by William Parker. In a letter to his sister Amelia Hudson Taylor he wrote on 14 February 1860,

Because of health problems, in 1860 Taylor decided to return to England for a furlough with his family. The Taylors sailed back to England aboard the tea clipper Jubilee along with their daughter, Grace and a young man, Wang Laijun, from the Bridge Street church in Ningbo, who would help with the Bible translation work that would continue in England.

Taylor used his time in England to continue his work, in company with Frederick Foster Gough of the Church Mission Society translating the New Testament into a Romanised Ningbo dialect for the British and Foreign Bible Society.

He completed his diploma (and a course in midwifery) at the Royal London Hospital with the Royal College of Surgeons in 1862, and with Maria's help, wrote a book called China's Spiritual Need and Claims in 1865 which was instrumental in generating sympathy for China and volunteers for the mission field, who began to go out in 1862, the first being James Joseph Meadows. In the book Taylor wrote:

“Oh, for eloquence to plead the cause of China, for a pencil dipped in fire to paint the condition of this people.”

He travelled extensively around the British Isles speaking at churches and promoting the needs of China. At home in the East End of London he also ministered at Newgate Prison. During this time he became friends with Charles Haddon Spurgeon, who pastored the Metropolitan Tabernacle and became a lifelong supporter of Taylor. Also, the Taylors hosted the young Thomas John Barnardo at their house as a potential missionary candidate between 1865–1866.

On 25 June 1865, at Brighton, Taylor definitely dedicated himself to God for the founding of a new society to undertake the evangelisation of the "unreached" inland provinces of China. He founded the China Inland Mission together with William Thomas Berger shortly thereafter. In less than one year, they had accepted 21 missionaries and raised over £2,000 (about £130,000 in 2007 terms). In early 1866 Taylor published the first edition of the Occasional Paper of the China Inland Mission which later became China's Millions.

The following summary by Taylor came to be held as the core values of the CIM in what came to be a classic description of future faith missions:

Object. The China Inland Mission was formed under a deep sense of China's pressing need, and with an earnest desire, constrained by the love of CHRIST and the hope of His coming, to obey His command to preach the Gospel to every creature. Its aim is, by the help of GOD, to bring the Chinese to a saving knowledge of the love of GOD in CHRIST, by means of itinerant and localised work throughout the whole of the interior of China.

Character. The Mission is Evangelical, and embraces members of all the leading denominations of Christians.

Methods. Methods somewhat unusual and peculiar were adopted for working the newly-proposed organisation. It was determined:

1. That duly qualified candidates for missionary labour should be accepted without restriction as to denomination, provided there was soundness in the faith in all fundamental truths.

2. That all who went out as Missionaries should go in dependence upon God for temporal supplies, with the clear understanding that the Mission did not guarantee any income whatever; and knowing that, as the Mission would not go into debt, it could only minister to those connected with it as the funds sent in from time to time might allow.

Support. The Mission is supported entirely by the free-will offerings of the Lord's people. The needs of the work are laid before God in prayer, no personal solicitations or collections being authorised. No more is expended than is thus received, going into debt being considered inconsistent with the principle of entire dependence upon God.[12]

On 26 May 1866, after more than five years of working in England, Taylor and family set sail for China with their new missions team "the Lammermuir Party" aboard the tea clipper Lammermuir. A four-month voyage was considered speedy at the time. While in the South China Sea and also the Pacific Ocean the ship was nearly wrecked but survived two typhoons. They arrived safely in Shanghai on 30 September 1866.

Due to health issues, Taylor remained in Switzerland, semi-retired with his wife. In 1900, Dixon Edward Hoste was appointed the Acting General Director of the CIM, and in 1902, Taylor formally resigned. His wife, Jennie, died of cancer in 1904 in Les Chevalleyres, Switzerland, and in 1905, Taylor returned to China for the eleventh and final time. There he visited Yangzhou and Zhenjiang and other cities, before dying suddenly while reading at home in Changsha. He was buried next to his first wife, Maria, in Zhenjiang, in the small English Cemetery near the Yangtze River.

The small cemetery was built over with industrial buildings in the 1960s and the grave markers were destroyed. However, the marker for Hudson Taylor was stored away in a local museum for years. His great-grandson, James Hudson Taylor III, found the marker and was able to help a local Chinese church re-erect it within their building in 1999.[14]

In 2013 the land for the cemetery was re-developed and the demolition of the old industrial buildings revealed that the Taylors' tombs were still intact. On 28 August the graves were excavated with the surrounding soil and moved to a local church where they will be reburied in a memorial garden.

This information is provided under the Wikipedia Creative Common License.